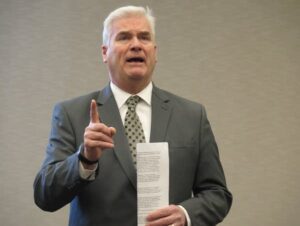 The measure utilizes a technology-neutral approach to remain adaptable to future innovations.

“We have seen lack of clear regulations hinder the progress of blockchain-based technologies. The development of these innovations should not be impacted by government’s inability to adjust,” said Congressman Emmer.

Congressman Emmer’s legislation provides a solution for individuals who have complied with existing securities registration requirements, or who have qualified for an exemption but, after meeting these requirements, innovative entrepreneurs may distribute their asset to the public without fear of additional regulatory burdens. These assets are in fact, and always were, commodities.

Congressman Emmer said, “There has been an unreasonable approach by regulators as to how federal securities laws should be applied to transactions involving the sale of blockchain-based tokens, and this lack of clarity is hurting American innovation. Between regulation by enforcement and the varying legal decisions regarding the classification of these assets, regulatory uncertainty has hindered the growth of blockchain technology, leaving many to take the technology overseas.”

The legislation solidifies the status of any asset sold as the object of an “investment contract,” a term with more than 75 years of jurisprudence, by proposing a new definition: “investment contract asset.” The bill is endorsed by the Chamber of Digital Commerce, the Blockchain Association, and Coin Center.