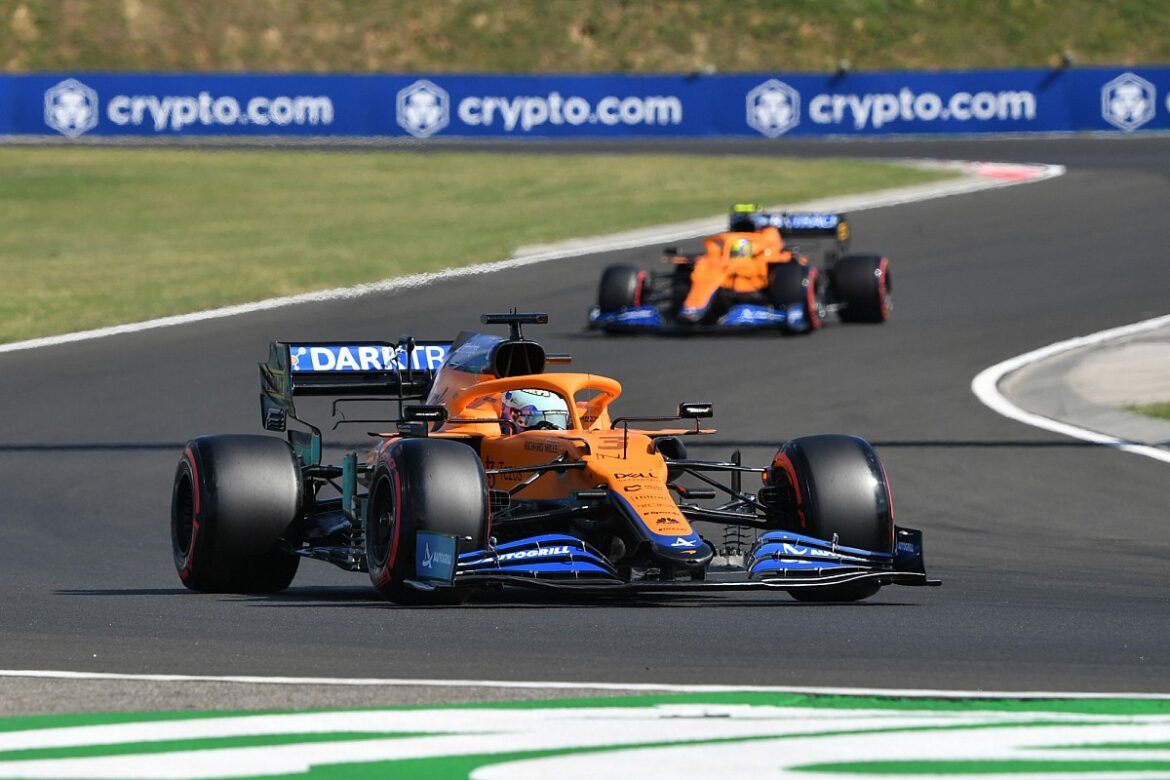 Ahead of the Belgian Grand Prix, Formula 1 has announced the brand-new Crypto.com Overtake Award to reward the individual driver who makes the most overtakes throughout the season.

The partnership between Formula 1 and Crypto.com began last month as the world’s fastest-growing cryptocurrency platform became the sport’s seventh Global Partner and Title Partner of the three F1 Sprint Events this season. The first Sprint event at Silverstone was met with positive feedback from stakeholders and fans alike, and the remaining trial events have been confirmed to take place in Monza in September and São Paulo later in the season.

The Overtake Award, which is the first of its kind, is designed to celebrate the bravery exhibited by drivers who make bold moves in pursuit of success.

Formula One has already completed eleven races up to the summer break with twelve further rounds scheduled for the second half of the 2021 F1 season. Despite the late announcement of the Crypto.com Overtake Award it will be awarded to the driver who has completed the most overtakes throughout the entirety of the 2021 FIA Formula One World Championship and the winner will be presented with a trophy at the end of the season.

Thanks to he resurgance of the Red Bull Racing team, fans have been treated to a thrilling season already. It is currently four-time World Champion Sebastian Vettel who leads the pack with the most overtakes so far this season.

New broadcast graphics will be introduced live during each race, to signal overtaking possibilities and potential moves, and to help fans keep track of drivers’ progress in the hunt for the Crypto.com Overtake Award, which will chart the amount of overtakes made throughout the campaign. In addition, there will also be other innovative Crypto.com branded content introduced across the official F1® social media and digital platforms.

Ben Pincus, Director of Commercial Partnerships, said: “We’re delighted to be expanding our partnership with Crypto.com as we introduce the Overtake Award which will integrate the brand into Formula 1 throughout the season, in addition to the title partnership of the F1 Sprint Events. The Crypto.com Overtake Award gives us the chance to celebrate drivers’ instincts to make bold and strategic moves which reflects the qualities needed when dealing in cryptocurrency.”

Commenting on the brand-new award, Steve Kalifowitz, CMO of Crypto.com, said: “We are extremely proud to be introducing a first of its kind award to Formula 1. We strive to create partnerships that deliver win-win-win opportunities and I can’t think of a more perfect opportunity than the Crypto.com Overtake Award.

“This award allows our values to shine through celebrating the moments where drivers exhibit the bravery required to get ahead. This season has already seen some amazing overtakes, and I can’t wait to see who this year’s champion is,” Kalifowitz added.