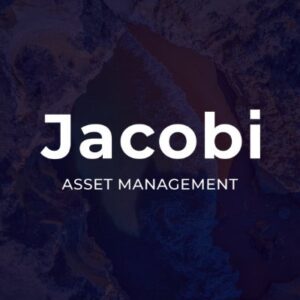 According to a Friday press release, the Jacobi Bitcoin ETF has received the blessing of the Guernsey Financial Services Commission (GFSC) and will exist as a centrally-cleared crypto-backed financial instrument.

It will be a tier-one Bitcoin ETF, allowing investors access to invest in Bitcoin without holding the underlying cryptocurrency. These kinds of investment instruments are normally ideal for institutions as it lets them get exposure to Bitcoin without worrying about custody requirements.

Jacobi Bitcoin ETF will  use custody services provided by Fidelity Digital Assets and will seek to become publicly-tradeable as soon as the firm receives a green-light from the United Kingdom Financial Conduct Authority (FCA). The fund is already open to investments and will be listed on Cboe Europe following FCA approval.

We are proud to collaborate with Europe’s leading regulated firms for a truly tier 1 offering to service market demand, subject to the necessary regulated approval. This is an exciting moment for Europe as regulatory approval comes ahead of those waiting for a decision from the U.S. Securities and Exchange Commission.

The news from Europe comes amid growing optimism that a U.S. Securities and Exchange Commission (SEC)-approved bitcoin futures ETF could become tradable as soon as next week. A Bloomberg report on Thursday had alleged that approval was almost certain, and a new notice published by Nasdaq on Friday confirmed that the Valkyrie Bitcoin Strategy ETF could go live as soon as next week, pending confirmation by the SEC.

Bitcoin has risen to a five-month high off the back of ETF rumors, trading at $61710 at the time of writing,.