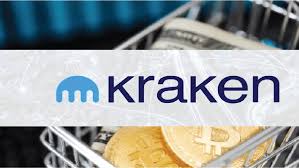 According to an order released by the regulatory body, Kraken offered margin trading to unqualified U.S. customers available approximately between June 2020 and July 2021, before eventually halting the service following a request by the CFTC.

Per the order, Kraken violated two sections of the Commodity Exchange Act.

First, the exchange “illegally offered the execution of off-exchange retail commodity transactions” with U.S. customers who were not eligible contract participants.

Secondly, Kraken offered the products even though the exchange was not a registered futures commission merchant (FCM). Kraken “served as the sole margin provider and maintained physical and/or constructive custody of all assets purchased using margin for the duration of a customer’s open margined position.” Under the Commodity Exchange Act, these offerings should only be carried out by regulated commission merchants, a license that Kraken doesn’t hold.

Following the allegations, the CFTC reckons that Kraken cooperated with the agency during investigations, “voluntarily responding to requests for information in a timely fashion, both in writing and via oral presentations.”

The exchange also promptly halted the alleged illegal offering, a factor that the regulator apparently considered while determining fines for the breach. Kraken is being fined $1.25 million in civil monetary policy, payable within ten days of the order’s release.

Commenting on the action against Kraken, Acting Director of CFTC’s Enforcement unit, Vincent McGonagle said in a press release:

This action is part of the CFTC’s broader effort to protect U.S. customers. Margined, leveraged or financed digital asset trading offered to retail U.S. customers must occur on properly registered and regulated exchanges in accordance with all applicable laws and regulations.

According to data from BitcoinTradeVolume, Kraken is the fourth largest exchange in terms of Bitcoin trading volume, and claims to have at least 7 million users. In February, Cnirbc reported that Kraken launched its venture fund, with a focus on expanding its footprint within the cryptocurrency industry.