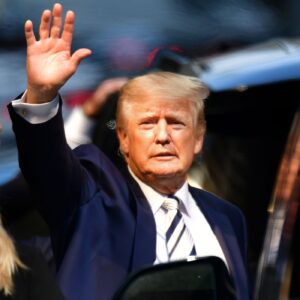 Former President Donald Trump has his own cryptocurrency called MAGACOIN and his millions of followers are buying in. More than 1,000 people have so far signed up to the pro-Trump cryptocurrency, including conservative media personalities and Republican figures.

The developers released a statement saying MAGACOIN was created by America First Conservatives out of frustration with “Losing the Election” and a desire to fight back by supporting MAGA candidates in 2022 and beyond.

Approximately 75 million MAGACOINS were created to represent the 75 million voters who were disenfranchised on November 3rd, 2020.

Unlike most new coin releases, MAGACOIN will not hold an ICO (Initial Coin Offering), instead they will be giving away 100 coins to each new registrant in order to build a robust MAGACOIN ecosystem that will work together to gain access to the crypto exchanges and support the MAGA movement.

However, according to reports, the Trump cryptocurrency has built itself up as the ‘digital currency for the MAGA community’ but data shows most of the Magacoin is allocated to its self-styled creator.

The news broke after poor security configuration on a website associated with Magacoin exposed the email addresses, passwords, cryptocurrency wallet addresses and IP addresses of users who have bought in to what its promoters describe as the “digital currency for the MAGA community”.

There is also more developing news concerning who is attached to the coin. Reports have come forward showing that the coin is connected to a political super pac.The Super Pac called Magacoin Victory Fund was registered with the Federal Election Commission. The Super Pac’s main mailing address is a post office box in Raleigh, North Carolina, which is also associated with several other O’Neal-controlled companies and political entities.