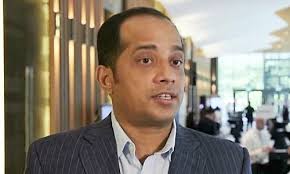 Normally, Central Banks of advanced economies are not very passionate when it comes to retail CBDC since they do not want central bank money to compete with private sector money. But that’s not the case with Monetary Authority of Singapore (MAS) as it is known to be a forward-looking central bank and has been among the leaders for digitization of both retail and wholesale markets.

Retail CBDCs are being considered by many central banks today since they could present companies and households with cheaper, faster and simply, better opportunities for payments that are well-suited with the increasing digitalization of today’s economies. However, the design of the retail CBDC needs to overcome various challenges before it can realize its true value. The design of the retail CBDCs needs to address issues related to privacy, micro payments and programmability in order to be accepted and adopted widely.

More importantly, the system needs to be more inclusive and open than it is currently, hence allowing direct access to more firms and individuals and create broader financial access. Additionally, all these improvements to the digital payment system need to be accomplished without compromising performance, security, flexibility and integrity of the system, as well as the economy’s financial stability.

In today’s world, there does not seem to be any readymade or off-the-shelf systems that can satisfy all the above requirements, and the creation of new such system isn’t possible by any one organization. Hence, the CBDC Challenge aims to jointly research and explore new solutions with technologists and catalyze improvement of retail CBDC, in partnership with the International Monetary Fund, World Bank, United Nations Capital Development Fund, United Nations Development Program, Asian Development Bank, Organization for Economic Co-operation and Development and the United Nations High Commission for Refugees.

Furthermore, cryptocurrencies have become quite an established part of the global financial ecosystem lately, even though they are decentralized, and hence independent from banks and other financial institutions. CBDCs, on the other hand, are yet to gain that kind of popularity, which is why MAS has begun to explore the broader potential of CBDCs more seriously.

The public policy objective of the MAS CBDC Challenge is to encourage cost effective solutions that address both current and expected future needs of the consumers associated with digital payments. It should be available for a full range of users even the ones with low income or less technological knowledge, unlike wholesale CBDC that is issued by central banks only for some financial institutions.

” Through the Global CBDC Challenge, MAS hopes to encourage innovator communities worldwide to develop and showcase solutions that can maximize the potential of CBDC to deliver efficiencies to payment services, improve financial inclusion, consistent with central banks’ core mandate of monetary stability.”

Financial institutions and FinTech companies from around the globe are invited to submit advanced projects that can provide solutions to 12 problem statements categorized under 3 CBDC groups; Instrument, Distribution, and Infrastructure. These statements have been finalized after considering suggestions from partner organizations worldwide. Contestants are strongly recommended to provide solutions to more than one problem statement in their project.

1. CBDC Instrument: Enhance the utility and availability of digital payments.

The problem statements include New Functionalities vs Inclusivity, Security vs Accessibility, Availability vs Risk of Disputes and Recoverability vs Anonymity.

The problem statements under this category are Widespread Frictionless Use vs Control, Personal Data Protection vs System Integrity, Increasing Access to Financial Services vs Protecting against Data Monopolies and Integration vs Coexistence Complexity.

3. CBDC Infrastructure: Provide a feasible infrastructure that is affordable, resourceful and credible for settlement of transactions among users.

The problem statements are Decentralization vs Accountability, Extensibility vs Operational Resilience, Privacy vs Performance and Interoperability vs Standardization.

15 finalists will be shortlisted from the total participants and they will receive mentorship from specialists and also, access to the APIX Digital Currency Sandbox. The Sandbox provides opportunity for quick prototyping of digital currency solutions. The selected finalists will then be given a chance to pitch their ideas in front of a global audience at Singapore FinTech Festival that is expected to be held in the first half of November this year. This festival will be attended by top CEOs and industry experts. Three winners will be selected and they will receive S$150,000 as cash prize. The global challenge proposals were originally due on July 23, which were then extended to July 30. After the proposals are submitted, the proof of concept is required to be built in two months.

While people are all hyped up about this contest, the biggest question remains; If the contest is successful in solving the problems with retail CBDC, what will be the fate of traditional retail banking? Retail banks have been fuelling the economic machinery of almost every country for over two centuries, but the Central banks’ increased attention towards their own digital currencies has put the traditional banks under existential threat. First of all, CBDC will significantly increase state intervention in daily transactions such as taxation and interest rate movements. It would even lead to governments’ having far greater control over their citizens money than they currently have. Some critics of CBDC

even say that running the financial system equitably and effectively will become impossible. Moreover, cyber security risks will increase manifold since server attacks could shut down entire economy in a matter of hours.

The MAS Global CBD Challenge aims to seek ideas to solve one of the most significant problem of today’s world and support the digitalization drive of the global economy. The digital currencies are faced by a number of technology and policy challenges and MAS wants to encourage the communities to come forward and present ideas that can maximize the potential of CBDCs. There is a high chance that if retail CBDCs become mainstream money, it would result in higher financial inclusion, faster and cheaper ways to move money but more importantly demise of commercial banking.