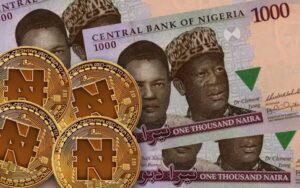 Nigeria’s President, Muhammadu Buhari, will officially announce the release of the country’s Central Bank Digital Currency (CBDC) called the eNaira on Monday. The latest developments were revealed in a press release published over the weekend by the Central Bank of Nigeria (CBN).

According to the apex bank, the upcoming digital currency is a culmination of several years of research conducted with the goal of advancing the nation’s payment system and making financial transactions easier for citizens.

The e-Naira is themed “Same Naira, more possibilities,” an assertion that is in line with the Central Bank’s goal of making the digital currency as easily accessible as physical naira notes already in use throughout the country.

In its press release, the Central Bank hinted that it is giving room for early issues that might arise post-launch, especially given that the release makes the nation one of the first in the world, and indeed the first in Africa to successfully launch a CBDC project.

“Since the eNaira is a new product, and amongst the first CBDCs in the world, we have put in place a structure to promptly address any issue that might arise from the pilot implementation of the eNaira,” the announcement read.

It is to be recalled that Nigeria’s CBDC launch was earlier scheduled for October 1, the 61st anniversary of the country’s independence. It was subsequently postponed without a new date after the country cited “lined up events for the country’s anniversary.” There was also a lawsuit against the Central Bank for using the name “e-Naira” which was already being used by a fintech startup in the country.

Ultimately, the launch scheduled for Monday suggests that hurdles have been cleared and Nigeria is all but set to welcome its long-awaited CBDC.

In August, Cnirbc reported that Jamaica’s central bank had minted the first units of its CBDC ahead of a six-month pilot project set to begin in April 2022.