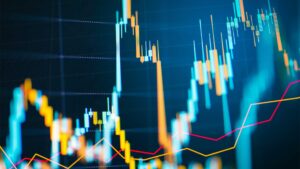 Cryptocurrency projects are still popping up left, right and center in the past few months, but not everyone of those projects will make it in this current climate. Could the comparisons between the current digital asset climate reflect what was happen during the Dotcom Bubble climate in 2000?

The dotcom bubble was a rapid rise in U.S. technology stock equity valuations fueled by investments in Internet-based companies in the late 1990s. The value of equity markets grew exponentially during the dotcom bubble, with the Nasdaq rising from under 1,000 to more than 5,000 between 1995 and 2000. Then the dotcom crash was triggered by the fall of these same technology stocks. While the growth of the Internet created a buzz among investors, these companies were able to raise enough money to go public without a business plan, product, or track record of profits. Hence, the dotcom bubble bursting just as fast as it was created.

What happening now in the cryptocurrency markets are showing some similarity to what happen during the dotcom market.  Currently, cryptocurrencies are likely in a bear market, and hopefully for traders, it will be a short one.

Nevertheless, in the cryptocurrencies markets, Bitcoin risks a downward move below $31,000 as bears continue to retest the current support. For the past four days, buyers and sellers have been in price tussle as Bitcoin bounces above the $31,000 support. Bitcoin has been trading marginally because of the presence of small body candlesticks called Doji. The altcoins namely Ripple, Polkadot, Litecoin, and Chainlink have reached bearish exhaustion as price falls into the oversold region.

The Bitcoin bullish momentum is likely to extend to the $38,000 high. Conversely, if the bears break the $31,000 support, Bitcoin will decline to $28,000. Later, the bearish momentum will extend to $20,000 low. In the meantime, BTC/USD has fallen below the 20% range of daily stochastic. It indicates that Bitcoin has fallen to the oversold region of the market. The selling pressure is likely to subside on the downside.

Back in Jan. 2021, Billionaire Shark Tank investor Mark Cuban was reported as saying cryptocurrency is “exactly” like the dot-com bubble. Bitcoin and a few other cryptocurrencies are analogous to those dotcom stocks, like Amazon and Ebay, that survived the bubble burst and thrived” he said.

JPMorgan analyst Nikolaos Panigirtzoglou has shared his view of when he expects the current bitcoin bear market to be over.  A healthy number there, in terms of the share of bitcoin as a percentage of the total cryptocurrency market cap, is 50% or above he said. He continued, “I think that’s another indicator to watch here in terms of whether this bear phase is over or not”.