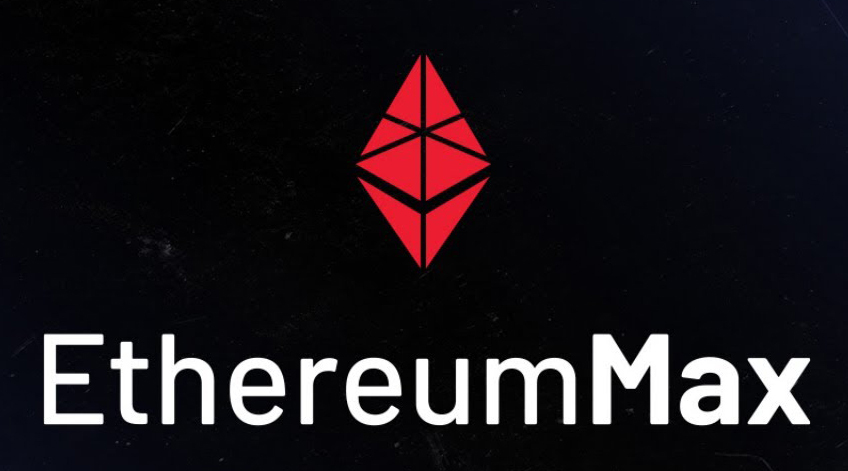 Kim Kardashian-West is an American television personality and entrepreneur who garnered international fame for her personal life, much of which was chronicled on the popular reality series Keeping Up with the Kardashians. 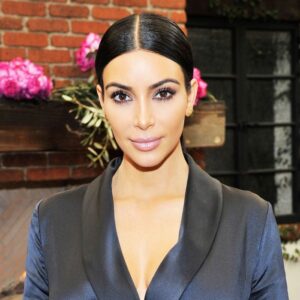 Kim is now shilling EthereumMax. Kim is a Bitcoin holder and, until 2019, was married to a Bitcoin supporter, U.S. rapper Kanye West. She received her first Bitcoin back in 2018 as a gift from Matthew Roszak, an American billionaire and venture capitalist at the Charity Poker Tournament set up by City of Hope

Kim shared a story about EthereumMax with her 228 million Instagram followers yesterday after previously dropping the story in a post back in May.

She was recorded as saying”Hey guys, I have a big announcement.”

The video then cuts to a page with the following in all caps:

This is not financial advice but sharing what my friends just told me about the Ethereum Max token! A few minutes ago Ethereum Max burned 400 trillion tokens; literally 50% of their admin wallet giving back to the entire E-Max community.” 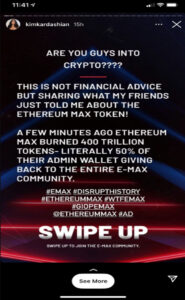 Kim’s isn’t  the only celeb shilling EthereumMax, former ESPN sports analysis, and NBA All Star Paul Pierce is also shooting off tweets about it.

After sharing a video of himself gambling with adult performers, he told the sports network in May he was happier anyway with his new love, EthereumMax.

He tweeted, “I made more money with this crypto in the past month then I did with y’all in a year,” along with a link to the eMax web page.

.@espn I don’t need you. I got @ethereum_max I made more money with this crypto in the past month then I did with y’all in a year. TRUTH shall set u Free 🤪🤪 my own Bosshttps://t.co/3irnuWYve3 check it out for yourself

So, what is EthereumMax anyway?

EthereumMax (EMAX) is an expansion of the Ethereum ecosystem.

EMax was created with the purpose of providing the world with an Ethereum based token that gives holders with the security and versatility of the Ethereum blockchain while yielding rewards and enhancing the decentralization of digital assets.

The token primarily trades against ETH on Uniswap, a decentralized exchange that allows anyone to list a token.