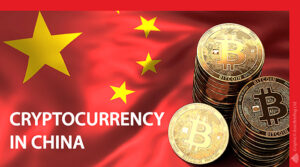 China’s central bank renewed its tough talk on Bitcoin Friday, calling all digital currency activities illegal and vowing to crack down on the market.

“The overseas virtual currency exchanges that use the internet to offer services to domestic residents is also considered illegal financial activity” according to reports. Workers at foreign crypto exchanges will be investigated, it added.

The PBOC said it has also improved its systems to step up monitoring of crypto-related transactions and root out speculative investing.

The price of bitcoin sank over 6.5% in 24 hours, last trading at around $41,882, according to Coin Metrics data at midmorning Friday ET. Ethereum, the second-largest digital asset, fell 9% to around $2,867.

Stocks with heavy exposure to crypto also slumped in midmorning trading on the Nasdaq, with Coinbase down 2%, MicroStrategy slipping 5% and Riot Blockchain down over 6%.

It’s not the first time China has gotten tough on cryptocurrencies. Earlier this year, Beijing announced a crackdown on crypto mining, the energy-intensive process that verifies transactions and mints new units of currency. That led to a sharp slump in bitcoin’s processing power, as multiple miners took their equipment offline.

In July, the central bank told a Beijing-based company to shut down for allegedly facilitating digital currency transactions with its software.

China’s crypto crackdown comes as Beijing is looking to fulfill its climate targets. The country is the world’s biggest carbon emitter, and has set out to become carbon neutral by 2060.

Meanwhile, the PBOC is also working on its own digital currency. China is seen as a leading contender in the race toward central bank-issued digital currencies, having trailed a virtual version of the yuan in several regions.