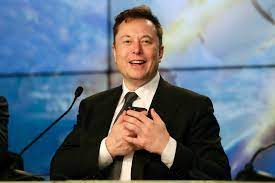 Tesla is gearing up to start bringing in Bitcoin as a mode of payment again. This is most likely the path that the electric-car maker is taking, but not before the company does some due diligence on the amount of renewable energy used to mine the crypto asset. This was as per a statement issued by Tesla CEO, Elon Musk at an event on Wednesday. This comes just around two months after the tech titan said the company would not be accepting Bitcoin for its car purchases. Musk made the announcement at the Bitcoin conference called, ‘The B Word’. He said, “I wanted a little bit more due diligence to confirm that the percentage of renewable energy usage is most likely at or above 50 per cent, and that there is a trend towards increasing that number, and if so, Tesla would resume accepting bitcoin.”

Musk added at the conference, “Most likely the answer is that Tesla would resume accepting Bitcoin.” The very fact that Bitcoin takes so much electricity to mine, is inverse to the company mission of Tesla which aims to bring about electric vehicles and take the burden off the environment. More and more crypto miners and investors have expressed concerns about the ‘traditional’ way of mining bitcoin and are taking steps to help mitigate the environmental impact.