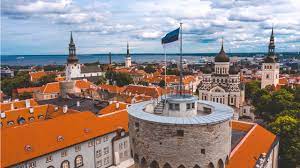 The country is a major centre for crypto trading with $27 Billion in transaction flows in the year to August 2021.

Estonia’s crypto regulator says money-laundering and terrorist funding risks are high after customer numbers and transaction volume ballooned in recent years, according to a new report released by the agency.

Crypto companies licensed in Estonia have 4.5 million customers overall, amassing around €20bn in transaction flows between August 2020 and August 2021.

There are currently 381 companies with crypto licenses in the country, but just 15 companies account for the majority of transactions while also having a disproportionately high number of dealings with higher-risk countries, according to the report.

A large amount of assets facilitated by the 15 companies have been transferred to Luxembourg, Syria, Pakistan, Greece, Montenegro, Serbia and Belize.

The Financial Intelligence Unit says it has received a growing number of queries and requests for legal assistance from authorities abroad, with 100 such requests, relating to scams and serious financial crime suspicions, in 2021.

That’s a 20% increase from the year before.

Another red flag was that around two-thirds of crypto companies were initially registered at just four addresses in Tallinn, the agency said.

Estonia has revoked around 2,000 crypto licenses in recent years in a broad regulatory crackdown on the sector.

The most recent report by the country’s Financial Intelligence Unit found that many of the remaining registered companies lacked a real presence in Estonia, making it impossible to supervise them.

Companies often do not have a clear business plan and lack required financial knowledge, the report adds.

In December, the government approved plans to overhaul regulation in the sector.

The new rules would enforce due diligence and audit requirements as well as higher levels of capital for crypto firms ahead of a review of its money laundering policies this quarter.

Estonia started issuing cryptocurrency licenses in 2017, becoming one of the first countries to do so.