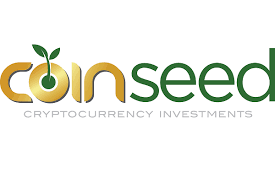 The unregistered cryptocurrency trading platform Coinseed Inc. must permanently halt its operations following claims that the company froze withdrawals, converted investor funds to Dogecoin without their consent and drained its bank accounts, according to a judgment secured by New York Attorney General Letitia James on Monday.

New York Supreme Court Justice Andrew Borrok’s order against Coinseed and its founder, Delgerdalai Davaasambuu, also appoints a permanent receiver to protect investors’ funds and assume control of the company’s website “so that it may no longer be used as part of the defendants’ fraudulent schemes,” James said in a statement.

The judgment secured by Attorney General James today permanently appoints the court receiver to obtain, safeguard, and return all assets invested and traded through Coinseed and orders a money judgment against the defendants in the amount of $3,061,511, both together and separately. Investors who are victims of Coinseed’s fraud should contact the court-appointed receiver at Coinseed Receiver@crowell.com to obtain information about their ability to request funds.

Since AG James filed this lawsuit, the Office of the Attorney General received more than 175 complaints from investors who were concerned about protecting their assets due to Coinseed’s fraudulent conduct.