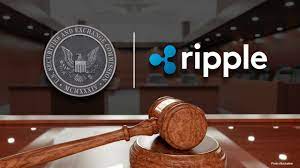 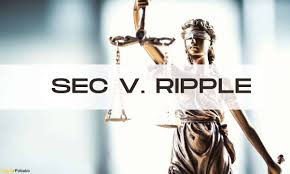 Defendants argue that the SEC deliberately refused to answer most of the questions raised in the RFA.

Popular blockchain company Ripple has filed a letter supporting its assertion that the Securities and Exchange Commission (SEC) deliberately gave deficient responses to its Fourth Set of Requests for Admissions (RFA). It is worth noting that the development was shared by attorney James K. Filan, a former U.S. federal prosecutor who took to Twitter to tweet:

“Ripple Defendants file a reply letter in further support of their motion regarding the deficiencies in the SEC’s responses to the Ripple Defendants’ Fourth Set of Requests for Admissions.”

This comes a week after the SEC challenged Ripple’s opposition to the way it responded to some of the questions contained in the RFA document.

Recall that the SEC claimed not to adequately respond to some of the RFA questions only when it lacked sufficient information or understanding of the matter.

The lack of information, according to the SEC, prompted it not to confirm or deny some of the questions contained in the RFA, especially the video featuring Hinman.

#XRPCommunity #SECGov v. #Ripple #XRP Ripple Defendants file a reply letter in further support of their motion regarding the deficiencies in the SEC’s responses to the Ripple Defendants’ Fourth Set of Requests for Admissions. pic.twitter.com/8hz1bIbcnJ

Ripple slammed the SEC in a recent motion, stating that the Securities and Exchange Commission fully understands almost all the questions cited in the RFA document.

However, the SEC chose to deploy different tactics in a bid to avoid answering most of the RFAs, Ripple argued. The blockchain company highlighted seven points backing its claim that the SEC deliberately chose not to respond to most of the RFA.

“The SEC’s contention that it cannot answer these RFAs because it does not understand the terms ‘market participants’, ‘OIEA requests’ or FinHub requests does not pass muster. The SEC understands exactly what it is being asked to admit: that before December 22, 2022, multiple people asked OIEA and FinHub if XRP was a security and the SEC never once said that it was,” excerpt of Ripple’s motion read.

It can be recalled that the Securities and Exchange Commission asked the court to deny Ripple’s objection in accordance with Rule 36 of the Civil Procedure Act.

Ripple also cited the same Rule 36 of the Civil Procedure Act in its latest motion, stating that the rule mandates that the SEC responds fairly to the Defendants’ RFA rather than employing a hyper-deflationary approach that the agency has put up.

“Requests for admissions are not games of battleships in which the propounding party must guess the precise language coordinates that the responding party deems answerable,” the popular blockchain company adds.