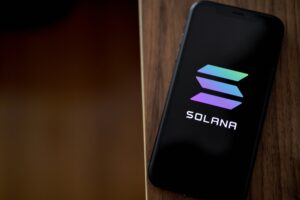 Solana will pump up to $100 million into South Korean crypto startups as it looks to penetrate a developer market still reeling from last month’s Terra ecosystem collapse.

Two key players in the speedy network’s ecosystem, Solana Ventures and the Solana Foundation, will seed investments and grants “across all web 3 verticals,” a press release said. But their emphasis will be on courting South Korea’s crypto games development sector.

The weeks-old funding effort puts Solana in direct competition with Polygon, Avalanche and other smart contract platforms all gunning for Korea’s trove of orphaned crypto developers. It’s unclear how many Terra developers will return to the ecosystem after its May implosion wiped out billions of dollars in wealth

“It’s not only due to the drastic crash” in twin tokens TerraUSD and LUNA that developers are balking at Terra 2.0, said Jaemin Park, a growth manager at DeSpread, “but also people’s perception that the chain has ‘key person’ risk, as well as doubts that if their Dapps would have any meaningful user base since the fundamental community has almost evaporated.”

While the Solana funding will spread across Web 3 projects, it will have special focus on bolstering Korea-based blockchain game developers, according to Austin Federa, head of communications for the Solana Foundation. South Korea’s gaming sector overall was valued at over $15 billion in 2021. The idea is to harness at least some of that potential for crypto games, too.

“They know how to build stuff over there. Big beautiful games. It’s really something to see,” a source formerly at Solana Labs told a reporter.

Solana also plans to get face time with Korea’s developer community via a hacker house planned for early August.