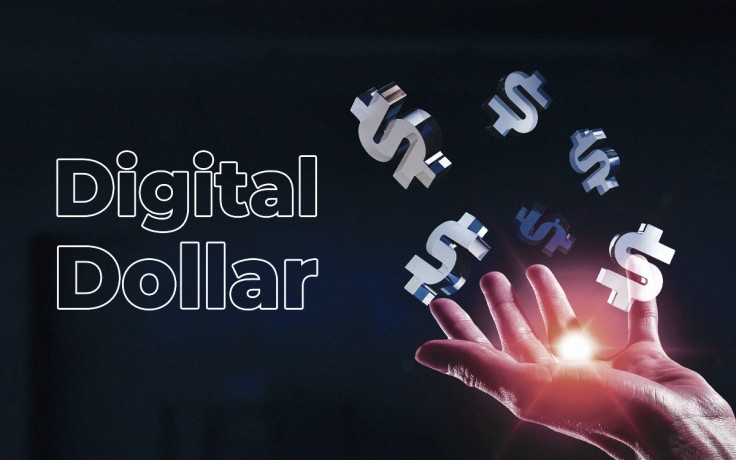 A ‘Critical and Prudent’ Initiative: What is the Digital Dollar Project?

With cashless transactions surging globally in the wake of the COVID-19 pandemic, the global race towards the launch of the first widely used central-bank backed digital currency (CBDC) has also taken on increased significance.

On May 29, former Commodity and Futures Trading Commission (CFTC) Chairman, Chris Giancarlo unveiled a movement, in alliance with multinational consulting firm Accenture, labelling the concept of a tokenized dollar “as a critical and prudent initiative for the United States to begin now.”

In this article, we summarize the main content of the 50-page whitepaper released by the Digital Dollar Foundation to encourage public research and discussion on the topic.

What is the Digital Dollar Project?

So, we know that Giancarlo is spearheading the push. Still, according to its website, the Digital Dollar project is a partnership between Accenture and the non-profit Digital Dollar Foundation co-founded by the former CFTC Boss, alongside Charles H. Giancarlo and Daniel Gorfine.

The end-goal is to formulate a framework that will form the basis for the possible issuance of a digital dollar by the U.S Federal Reserve Bank.

A Digital Dollar That Co-Exists With Physical Cash

Countries considering the issuance of a CBDC often face a significant decision, that is, whether such digital currency will replace fiat completely, and if so, how it could reach mainstream adoption in an era where fiat usage is still prevalent.

The case in the U.S is also not different, with Fed Chair Lael Brainard disclosing that while the country reported a “lot of movements in the digital payments,” but there is “a lot of growth in the demand for cash.”

The Digital Dollar project considers fiat dominance in the U.S into consideration, proposing a system that predominantly “emulates features of physical cash in an increasingly digital world.” Also, the said digital dollar will “operate alongside existing fiat currency and commercial bank money,” working alongside existing account-based systems in the United States.

Another unique challenge presented by the concept of a CBDC is whether units would be issued directly by the central bank to citizens, thus boycotting commercial banks and regulated intermediaries, which until now has remained the middleman.

Although many, including Donald Trump, may argue that cryptocurrencies like Bitcoin are used to facilitate nefarious activities, what is often underreported is how cash facilitates money laundering and other illegal transactions.

Cash inherently offer full anonymity, making the concept of a digital dollar difficult as the state cannot provide citizens with total anonymity. Doing so would make the planned digital dollar a preferred choice of currency for criminals because of the faster settlement time and the inability of the government to track such transactions.

Relatively, the proposed digital dollar whitepaper did not provide a precise answer to how it would solve the privacy problem. It does hint, however, state that the privacy features would be “decided upon by policymakers, reflecting the jurisprudence around the Fourth Amendment.”

The Fourth Amendment “clearly requires that seizures and searches of ‘paper and effects’ must not be ‘unreasonable’,” a condition that put the privacy components of the digital dollar into the government’s hands.

For future emergency response operations, the Digital Dollar project argues that stimulus checks and other economic incentives would be distributed a lot faster if they were done via digital currency. At least 70 million Americans had to wait for at least a month to receive their checks in the wake of the COVID-19 lockdown.

Additionally, the possibility of end-users preferring the “lower system costs and digital wallets tied to the custody of tokenized digital dollars” over traditional bank accounts, could also expand “access to underserved populations,” according to the whitepaper.

Given such a proposition, one may rightly argue that the digital dollar could potentially lower the potential user-base for payment-focused cryptocurrencies, including the yet to be launched Libra.

While the full launch of a digital dollar could still be a few years away, the Digital Dollar project to date remains the most practical step taken in that direction and could gather momentum in the months ahead.

Being led by a Former CFTC Chair and piloted by Accenture, a company that has consulted on CBDC deployment for the Bank of Canada and, the European Central Bank are other elements that bode well for the Digital Dollar project.

With China’s digital yuan expected in the months ahead, and the global race for CBDCs heating up, time will eventually tell whether choosing at this time to pursue a digital currency effort will truly have been a ‘critical and prudent initiative,’ for the United States.

One thought on “The Digital Dollar Project, A ‘Critical and Prudent’ Initiative:”