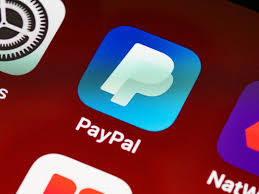 PayPal Holdings Inc. has confirmed that it’s looking at developing and launching a stablecoin after a developer discovered references to something called “PayPal Coin” within the company’s iOS app.

A stablecoin is a form of cryptocurrency pegged to a stable reserve asset such as the dollar or gold. By being pegged, the price remains mostly stable and volatility is reduced compared with other cryptocurrencies. Stablecoins have grown in popularity for making transfers between exchanges and for day-to-day commerce.

“We are exploring a stablecoin; if and when we seek to move forward, we will, of course, work closely with relevant regulators,” Jose Fernandez da Ponte, senior vice president of crypto and digital currencies at PayPal, told new outlets on Friday.

In a twist, however, PayPal said the code in the app, discovered by Steve Moser, is not related to those plans. Instead, PayPal said it stemmed from an internal hackathon where engineers explore and build new products that may never be released. As such, the PayPal stablecoin could have a different name, logo and other features if and when it’s eventually launched.

PayPal first entered the cryptocurrency business in October 2020 with a service that allows users to buy, hold and sell from their existing PayPal accounts. The service launched in the U.S. with support for bitcoin, Ethereum, Bitcoin Cash and Litecoin, expanding to the U.K. in August.

“The shift to digital forms of currencies is inevitable, bringing with it clear advantages in terms of financial inclusion and access; efficiency, speed and resilience of the payments system; and the ability for governments to disburse funds to citizens quickly,” Dan Schulman, president and chief executive officer of PayPal, said at the time.

Should PayPal push ahead with a stablecoin, the path may not be easy. Meta Platforms Inc. has had plans for a stablecoin for several years. Originally called Libra but now known as Novi, it has attracted not only controversy but regulatory hurdles as well. Any move by PayPal to launch a stablecoin is likely to be less controversial, but the regulatory issues still exist.

In a recent podcast, Fernandez da Ponte said a stablecoin for PayPal would need to support payments at scale and have security. “There would have to be clarity on the regulation, the regulatory frameworks and the type of licenses that are needed in this space,” he said.