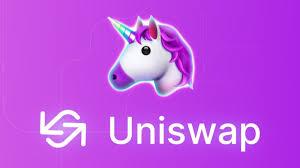 DeFi project Uniswap (UNI) has been the leading project for quite some time now, seeing the growth in price, trading volume, and popularity alike. However, the true popularity of this project is seen in its monthly trade volume in September, when Uniswap even managed to outperform the US’ largest crypto exchange, Coinbase.

According to recent market data, Uniswap officially managed to outperform the US’ leading exchange, Coinbase. This is the first time this has happened, although likely not the last, if the DeFi sector’s progress continues at the current pace.

While this is quite impressive for a single centralized exchange when compared against all DEXes, the fact is that Uniswap exceeded it by nearly $2 billion.

The rise of DEXes

The new milestone also helped increase the DEX-to-CEX ratio, which more than doubled in September, compared to the situation in August of this year. Two months ago, the ratio sat at around 6.06%. In September, that number climbed to 13.9%.

Of course, the greater use of DEXes, and especially Uniswap, continues to push up fees and congestion on Ethereum’s blockchain. In fact, Uniswap has taken the number one spot among fee payers on the entire Ethereum network.

Even so, the rise of DEXes shows that the DeFi sector continues to increase and improve, further confirming a new chapter of 2020’s boom of decentralized finance.

This so-called ‘DeFi flippening’ is real, and already here, according to London’s prime brokerage Bequant’s head of research, Denis Vinokourov.

At the time of writing, the DeFi sector’s TVL is about $1 billion lower than it was at the end of September, sitting at $10.93 billion. However, Uniswap continues to dominate it by 21.28%with the current TVL of $2.33 billion.