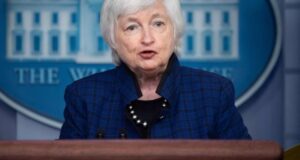 Today the US Treasury took action, which included the Department of the Treasury’s Office of Foreign Assets Control’s (OFAC), against the Russian backed SUEX OTC, S.R.O. (SUEX), a virtual currency exchange, for its part in facilitating financial transactions for ransomware actors.

SUEX has facilitated transactions involving illicit proceeds from at least eight ransomware variants. Analysis of known SUEX transactions shows that over 40% of SUEX’s known transaction history is associated with illicit actors. SUEX is being designated pursuant to Executive Order 13694, as amended, for providing material support to the threat posed by criminal ransomware actors.

Virtual currency exchanges such as SUEX are critical to the profitability of ransomware attacks, which help fund additional cybercriminal activity. The US Treasury will continue to disrupt and hold accountable these entities to reduce the incentive for cybercriminals to continue to conduct these attacks. This action is the first sanctions designation against a virtual currency exchange and was executed with assistance from the Federal Bureau of Investigation.

The US Treasury will continue to use its authorities against malicious cyber actors in concert with other U.S. departments and agencies, as well as our foreign partners, to disrupt financial nodes tied to ransomware payments and cyber-attacks. Those in the virtual currency industry play a critical role in implementing appropriate AML/CFT and sanctions controls to prevent sanctioned persons and other illicit actors from exploiting virtual currencies to undermine U.S foreign policy and national security interests.