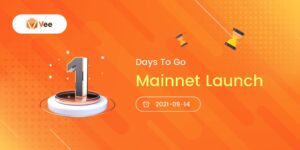 The protocol Vee Finance has fallen victim to malware attack. In reporting this catastrophe, Vee Finance announced that it has lost approximately $35 million in just days after launching its mainnet on the Avalanche network.

In effect, the hacker stole 8,804 Ether (ETH) and 214 Bitcoin (BTC). This amounts to the aforementioned $35 million that was lost. Based on the Vee Finance announcement, the hacker had a stolen asset on one address after it exploited the Vee Finance smart contract address.

Reasonably, the team eventually took action on the suspension as a way to prevent further losses in the future. However, Vee Finance did not showcase deeply the possible cause of its latest exploit.

The VEE team is actively working to further clarify the incident and will continue to try to contact the attacker to recover the assets. We are taking and handling this incident seriously and will do our best to protect the interests of VEE Finance users

Coincidently, the Vee Finance incident comes as part of the rising number of exploits targeting the Avalanche network.