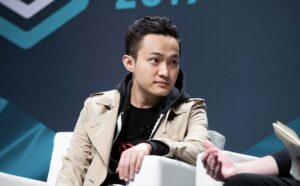 In his recent tweet, Justin Sun, the celebrated CEO of TRON, is delighted to let everyone know that VTRX will soon be available on Deutsche Börse! Yes, it’s a big deal because Deutsche Börse is Europe’s largest stock exchange. According to Sun’s open letter, VanEck TRON ETN already received its approval from Deutsche Börse and will debut on September 21, on Xetra. In addition, VTRX will also be available in about 14 EU countries and markets like Zurich, Paris, and Amsterdam.

Being at the forefront of digital asset adoption, Deutsche Börse holds a good reputation in the crypto exchange industry. With that said, the successful listing of VTRX on the exchange platform clearly proves TRON’s strong crypto ecosystem. Even more, showing its successful plan to expand its global roadmap

(1/4)📢BIG NEWS everybody was waiting for!

On the other hand, VanEck is also an esteemed name in the crypto exchange market. In fact, it is one of the first asset managers to submit a Bitcoin ETF application to the SEC. Even so, it launched the first Bitcoin ETNs (VBTC) and then followed by an Ethereum ETN (VETH). Now with TRON (VTRX) next on the list, this further demonstrates how the market is recognizing TRX as one of the leading blockchain platforms today.

We are excited to launch an ETP on TRX on the heels of its growing network usage and user adoption. ETPs provide high-quality market access, transparency, and robust regulatory frameworks to access digital assets, such as TRX.

TRON also issued a report, titled “TRON Crypto ETFs”, which explicates everything that a user must know about the TRON ETN listing on Deutsche Börse. Sun commented, saying that it is his mission to “strive to promote sustainable growth for the nascent industry with its defining role to reshape the future for Web 3.0.”