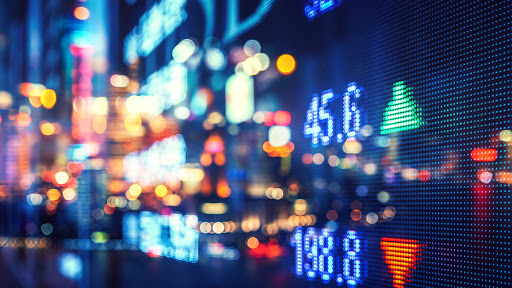 BTC/USD Major Trend: Bearish
Since July 13, Bitcoin’s (BTC) price has been making positive moves to the upsides. Today, the BTC price has risen to the high of $21,666 but it facing rejection at the $22,000 resistance zone. In the first uptrend, Bitcoin was repelled at the $22,425 high on July 8.

Nevertheless, if buyers overcome the $22,000 resistance, the market will rally to the next resistance of $23,010. A break above the $23,010 resistance will push Bitcoin to rally above the 50-day line SMA. In other words, Bitcoin will resume upside momentum as it targets the $30,000 high. However, buyers’ ability to overcome the recent high is doubtful because of the presence of a long candlestick wick. The candlestick wick indicates strong selling at a higher price level. The current uptrend may face stiff resistance at the recent high.

However, the bullish scenario will be invalidated if the BTC price faces another rejection at the $22,000 resistance zone. Sellers will attempt to push BTC prices below the 21-day line SMA. This will cause Bitcoin to fall above the $20,000 psychological price level. A break below the $20,000 support will cause the BTC price to revisit the previous low at the $17,605 price level. Meanwhile, Bitcoin is at level 48 of the Relative Strength Index for period 14. It indicates that Bitcoin is in a downtrend zone because of the recent retracement.

The price action is characterized by a small body indecisive candlestick called Doji candlestick. This candlestick indicates that buyers and sellers are undecided about the direction of the market. In the meantime, the cryptocurrency is in a sideways move. It is fluctuating between $1.00 and $1.40 price levels. The cryptocurrency will decline to the previous low at $0.73 if the $1.00 support is breached. On the upside, if the bulls break above the $1.40 high, SAND will rally to $1.50 or $2.50 price levels.

Today, MANA is facing resistance at the 21-day line SMA. The altcoin is declining from the high of $0.88. On the downside, if the selling pressure persists, the market will decline to the low of $0.72 price level. However, if the selling pressure persists the bears will attempt to sink the coin to the previous low of $0.59. Nonetheless, if the current support holds, the market will be fluctuating between $0.72 and $0.88 price levels.

However, the 21-day line SMA has restrained a further upward movement of the cryptocurrency. Today, the crypto is trading at $0.50 as it faces rejection at the 21-day line SMA. On the downside, if the selling pressure persists, the market will decline to the current support at $0.44. Nonetheless, the bearish momentum will extend to the previous low at $0.37 if the bears break below the current support.